NOTICE! Once Fallen has a new RESIDENCY LAWS page in article format. This new page can be FOUND
HERE. The page you are on will be updated in the near future and will not be neglected, and kept for
archival purposes, but for now, the new Residency laws page is the more up to date version. I hope to have
both pages synchronized soon. http://https://oncefallen.com/banishment-by-attrition-residency-restriction-laws-for-sex-offenders/

California RSOL has compiled a 50 state guide on registry and residency restriction laws. Click the link below:

“The Ordinance appears to attempt to ensure public safety, in certain parts of Allegheny County, by isolating all Megan’
s Law registrants in localized penal colonies of sorts, without any consideration of the General Assembly’s policies of
rehabilitation and reintegration.” — Pennsylvania Supreme Court Justice CJ Castille

Habitat for Inhumanity- The ill-legality of residency restrictions

Are residency laws punitive (I.e., a punishment, thus a criminal matter) or regulatory (I.e., a public safety or
civil matter)?

Why is this argument so critical?

Broad laws punish everyone regardless of severity of the offense

Sex offender laws are passed as a result of various myths: that all sex offenders are “pedophiles who cannot be cured,”
who are likely to re-offend, and will target strangers. The media helps propagate these myths, and politicians rely on the
media to pass the laws. Various studies have shown the opposite to be true, but are largely ignored. Residency
restrictions are passed on the assumption “limiting access to children reduces recidivism.” However, the laws do nothing
to prevent sex crimes, but has plenty of negative consequences, including increasing factors of recidivism and a false
sense of security. Lawmakers have justified sex offender laws by claiming such laws are regulatory/ civil, thus bypassing
constitutional safeguards. However, such arguments are shaky at best, and there have been a number of successful
legal challenges in lower courts.

A special kudos to KTKA 49 NEWS and KANSAS DEPT. OF CORRECTIONS secretary ROGER WERHOLZ (There is
also a video in the below link!

That’s the short answer from Kansas Corrections Secretary Roger Werholz when asked why the state doesn’t have laws
restricting where sex offenders can live.  “They don’t work, and they actually make things more dangerous rather
than make them safer.” Werholz and others point to research done in other states like Minnesota, Florida, Arkansas
and Iowa, which actually has a residency restriction in place. “Where the sheriffs, district attorneys and the victims’
services organizations all came out asking that that legislation be repealed,” said Werholz. The reason they asked
that the legislation be repealed is that a lot of the sex offenders who were required to register were absconding
supervision, going underground, because they were losing their places to live.

Kansas has looked at imposing residency restrictions, but has so far decided against it. And the state has gone a
step further and placed a moratorium against any city in Kansas putting in its own restrictions. “What we want
to do is not so much what makes us feel safer, but what makes us safer,” he said. “It’s not what the sex offender
deserves. It’s what we deserve and we deserve to live in a community and a state where our kids are as safe as
possible. Residency restrictions does not deliver that.”

In addition to offenders going “underground” and no longer reporting where they live, other states have found
that residency restrictions can force offenders out of areas where they can get the treatment they need and
away from available jobs. 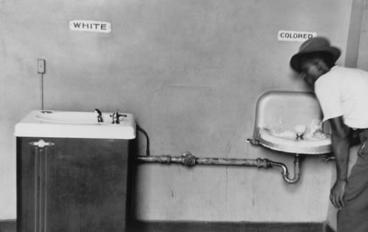 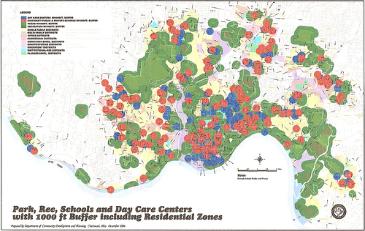