Background: The 2013 Shiitake Award is the 6th Awards show aimed at lampooning those who abuse sex offnder panic for personal gain. The video was filmed in Cincinnati.

Video: To celebrate a streamlined Shiitake Awards, this video parodied a Rocky Movie montage as I attempt to slim down, just like my awards show. I got permission to film at a local gym, and also filmed some footage at U. of Cincinnati.

Changes from the 2012 Shiitake Awards: Major changes were made to the creation of the Shiitake Awards. In the past, every nominee was up for voting, but after complaints that there were far too many choices in some categories, a seven-person “selection committee” was created to narrow the total number of nominees to a list of finalists to three in each category. The “Hardest Fall” Category was eliminated; political scandals were added to worst pol categories. There was no special category for the 2013 Shiitakes, so there were only seven total categories.

Because of the changes, there will be a slight difference in the format for the Shiitake Award pages, as we first list the winners, then the finalists, then the dishonorable mentions for those nominated but did not make it to the finals.

This amendment to the Food Stamp bill was created by the diaper-wearing David Vitter. If it passed as written, it would’ve denied Registered Citizens food stamps for life, and states cannot opt out of the provision; the bill was watered down to apply to only non-compliant registrants 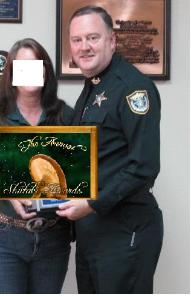 Posted red signs in the yards of “sexual predators” in his community, and posed for pictures in an Abu Ghraib-like fashion. 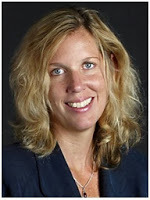 After reading their fearmongering headline “Sexual Predators Unleashed” in the Sun Slantinel, which declared 500 or so registered citizens not civilly committed reoffended over a 14 year period, FloriDUH pols have created a series of stupid bills. This article, of course, was written in response to the Cherish Perrywinkle case.

On prosecuting a 10 year old kid as a sex offender: “My opinion is this is the best thing that could’ve happened to the kid…”It is not vague to say, ‘If you do this kind of activity, we don’t care what age you are, you are liable for prosecution.'” 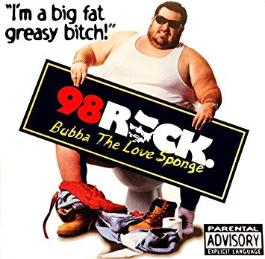 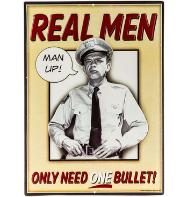 WINNER!
Registrant arrested for having one bullet in his car
(48.57% of the Vote)

Nicholas Elizondo can’t catch a break. First, the guy served time for a crime he most assuredly didn’t commit after being prosecuted by one of the chief proponents of the Satanic Ritual Abuse panic in Bakersfield. Then, the guy has been ridiculed for winning custody of his child after the mother was proven to be an unfit parent. Now, the guy was arrested, and his child taken away, because cops say they found a single bullet in his car. 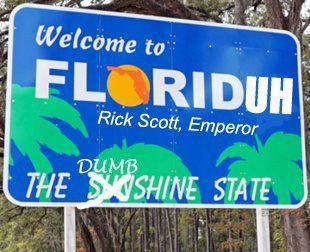 FloriDUH regained their throne in the wake of the Cherish Perrywinkle case and the subsequent Sun-Slantinel article sounding the alarm about “sexual predators” who they said dodged civil commitment and later reoffended. FloriDUH is already looking to pass a barrage of knee jerk laws. In addition, Miami just removed registrants from a homeless rights protection bill.