The 2008 Shiitake Awards Show was the first year of this awards show. Much like the infamous “Razzie Awards” for bad movies and actors, this “award” was created to highlight bad laws and people who abuse sex offender issues to gain fame and fortune. There was not an awards show video this first year, it was announced on the ReFORM Radio show on TalkShoe. There were seven categories that year. Unlike subsequent years, in this first year, nominations were not limited to events of 2008. The “Winners” are listed below. 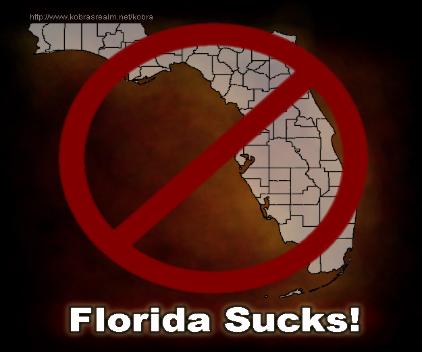 With 40% of the vote, Florida became the inaugural “worst state” of 2008, beginning a dynasty for worst state, winning almost every year since. The 2008 vote was primarily because of the insane laws of South Florida which forced many former offenders to live under the JTC bridge in Miami, FL. It doesn’t help when the state politicians act like the way the state is shaped (like a bunch of pricks). 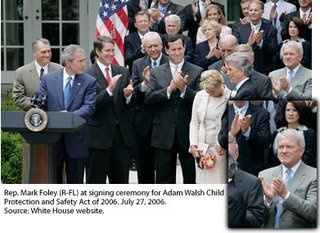 The Adam Walsh Act was passed in 2006, but only one state in 2008 made great strides to pass this stupid law– Ohio. Ohio’s “SB 10” reclassified thousands of registrants, adding thousands more to the “Tier 3” level, which led to THOUSANDS of lawsuits. In 2010, the Ohio Supreme Court ruled it cannot be applied retroactively. As of 2011, only 14 states passed this law, and even states like California, Arizona, and Texas rejected it. Did I mention that Mark Foley helped John Walsh champion this piece of crap through Congress? Speaking of Foley…. 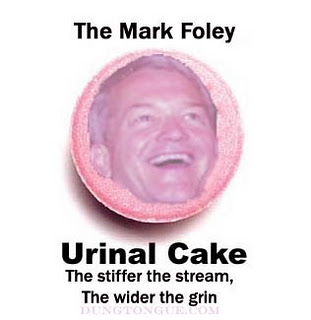 Mark Foley is the penultimate hardest fall, and for the inaugural winner, he set the bar really high. Or in limbo, really low. So how low can you go? Well, start by making a name for yourself as a “champion” for tough sex offender laws and children’s issues, coupled with being the right-hand man for John Walsh and on the NCMEC board. Follow it up with homosexual advances and desires to bugger young teen Congressional Pages, resign in disgrace after your sexting chats are leaked to major media, resign in disgrace, have the NCMEC release a press release stating your resignation was a “great loss to the community,” use your pull to get off, and still deny you have a problem. Top it off with blaming your problem on alcohol and claiming some priest molested you. Did I mention he was buddies with John Walsh? That reminds me….

What more can I say about this clown? He’s a deluded egomaniac, admitted sex addict, and hypocrite. And during an interview that landed in the Washington Post durring a summer TV show tour, Walsh, who was lobbying for the Adam Walsh Act, made the following statement, which appalled those in attendance: “I said I was kidding when I was talking to the Senate and I said they were talking about electronic monitoring, which is big and unwieldy for the sex offenders, and that some of these guys, no matter what the law in their state was, would have to wear one for 20 years or whatever. I said implant it in their anus and if they go outside the radius, explode it and that would send a big message. It was a joke. Nobody thought it was funny.” What a total douche. The sad part is he inspires vigilantes like…. 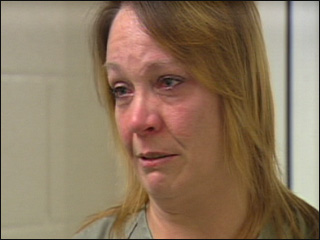 Puyallup, WA trailer-trash baseball bat-wielding thug with a decade-long history of assault and drug arrests, got only 90 days for unprovoked attack on a former offender. Of course, the public was willing to pay this woman’s bond, and there was even a “free Tammy” movement to raise money for her drugs. It is amazing how targeting a sex offender will make people forgive a violent crack whore whose nickname is “angry.” I’m sure as part of her punishment, she shared an anger management class with… 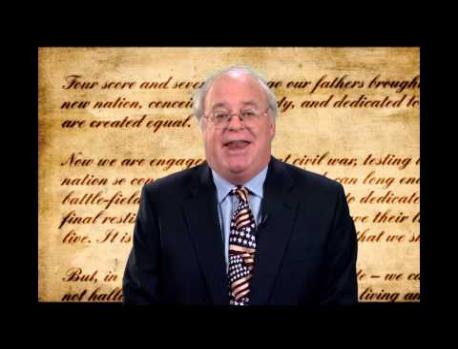 THIS is how Kevin Fischer treats those who oppose his idiocy in his commentaries: The organized out of state sex offender sympathizers strike, the same tired, old arguments. “Wouldnt you rather know WHERE that offender is living than having them homeless, hopeless, and unable to locate?”I’d rather have them nowhere near children.Magister, whoever you are, the people of Wisconsin don’t agree with you. In three dozen communities, communities have taken the common sense step of either adopting or seriously considering measures to protect their families and neighborhoods. That is their duty and their right.I make no apologies for my stance and refuse to waver: pro-child, pro- family, anti-sex offender/predator.” If he was pro-family, he wouldn’t support efforts to destroy families of Former Offenders by forcing them out of his neighborhood. “The people of Greenfield can take measures into their own hands right now and I urge them to do so.” So he now supports vigilantism. Its obvious he has a hidden agenda “Ahh, we’ve got the network of sex pervert apologists jumping now! Magister, there are many days I wish I was just a broadcaster. But I guess I’m just one of those dummies who doesn’t understand that sex offenders never re-offend, that once they’re out, they’e just like everybody else and should be allowed to live and go where ever they want, and under no circumstances
should a city, town, or village ever consider passing laws in the interest of public safety.”At least he admits to being a dummy LOL. “Fallenone (nice moniker) your comment is not being posted because it linked to a website loaded with profanities. I won’t have that on my blog. By the way, folks, none of these “Take a sex offender out to lunch and pin a medal on him” yahoo’s are from this sate and don’t have a stake in our communities.”

I linked to my Residency Restrictions fact sheet. He considers the TRUTH about sex offender restrictions “profane.” The sad part is not only was this fat bald asshat a reporter, he is also an advisor to a state representative. Speaking of politicians: 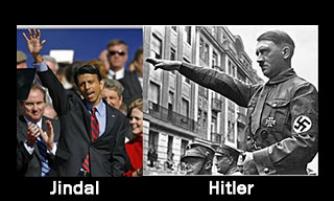 Ever heard about Nero “fiddling” while Rome burned? While Louisiana was facing its biggest budget crisis in history, Jindal instead decided to play the sex offender card, pushing for more laws like hurricane shelter bans and giving speeches about how all these “monsters” should be in one location: Angola prison. Bobby should be there instead.