BACKGROUND: This is the seventh annual award show lampooning those who abuse “sex offender” panic and laws. The video was released in March 2015.

VIDEO: Shot at my home in Cincinnati. Unlike previous years, there were no funny skits. I had a more serious message to give, as I felt the movement was growing stale. The video was made weeks before the Rally in Tally. Fun Fact, this video caused some controversy over my choice of award reveal song because some people with virgin ears was offended by the song’s use of the word “fuck.”

Changes from the 2013 Shiitake Awards: No major changes. There was no special category for this awards show, so like 2013, there were only seven categories. 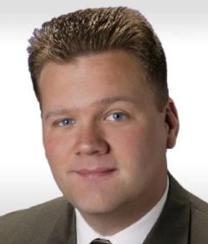 DeForest ran a sweeps week “Sex Offenders who have jobs and we get one fired” story in October, which featured a number of Registered Citizens trying to make a living. DeForest bragged about getting one fired. A couple of months later, one of the targets of his first story won $3 Million from a scratch-off ticket, and DeForest ran a nasty story on the lotto winner. DeForest seems almost obsessed with this man, making it a point to remind readers of his earlier expose. 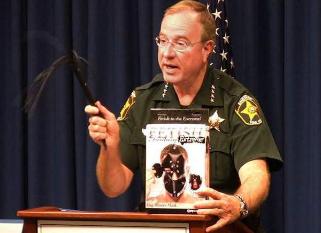 Sheriff Dudd’s online entrapment stings involved trolling the Plenty of Fish dating site to entrap people looking for relations with adults, then switching the ages after contact had been made. Sheriff Grady Judd, when asked about over-aggressive detectives, instead went on the offensive: “The concern (I have) is that you inflate your investigative reporting to make it glitzy.” He continued to call those entrapped “Predators” even when the DA elected not to prosecute. It is worth noting Sheriff Judd was the sheriff who arrested the man who was allegedly selling a “pedophile guide” on Amazon back in 2010 for “obscenity charges” despite living in another state . 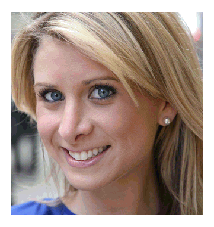 Emily Roberts aka “The (mis)Guidance Girl” 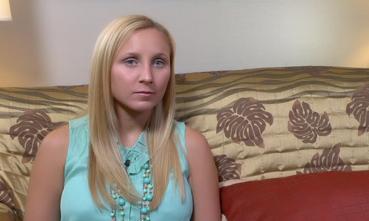 2012 DUMBEST QUOTE: A NOTE ON THE WINNERS

The tie could not be broken after all the voting, so the Awards show declared these two women both deserved the title of Dumbest Quote! Both earned 32.14% of the vote

(A note here: A horde of articles came from Florida as legislature had declared the state to be “scorched earth for sex offenders.”) 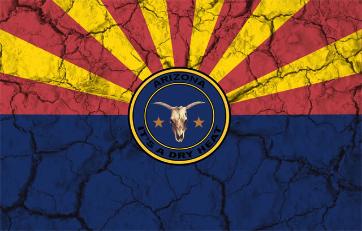 This bill is a load of #2 alright; the amendment allows hearsay evidence of past sex crimes against someone in court accused of a sex crime. This is all the more interesting considering this is an amendment to the state constitution. 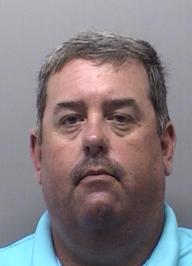 Hightower, a now-former Wise County Texas Sheriff’s Deputy, was arrested for forcing Registered Citizens to pose for embarrassing nude photos while claiming it was part of the registration process. — According to the arrest warrant affidavit filed by Texas Ranger Ron Pettigrew, Hightower forced a male sex offender to strip naked and be photographed…On June 17, he met with Hightower to complete the paperwork, and was told nude photos would need to be taken. “Deputy Hightower represented this as a change in the sex offender registration required by the state,” the affidavit states. The victim was taken to a bathroom in the sheriff’s office lobby where he stripped naked, and Hightower took “several photographs from all sides” before telling the victim he could get dressed and leave, the affidavit states. A month later, the victim had to meet with Hightower again to update his sex offender information. He was told the photos were defective due to a glare, and more would need to be taken…Hightower directed the victim into the impound office where he once again was photographed in the nude. The two were the only ones in the building at that time. “After a short time, Deputy Hightower reportedly advised (the victim) he
believed the next thing the State was going to require was photographs of a sex offender’s erect penis,” the affidavit states. “Deputy Hightower asked (the victim) if he could obtain an erection for him, so that the needed photographs could be taken and (the victim) would not have to return in the future for them.”

A 17 year old boy takes a picture of his penis and sent it to a 15 year old girl (the girl sent naked pics of herself to the boy but was not charged for some reason). The girl’s parents call the cops, and the cops charge the 17 year old boy with possession AND manufacturing child porn. It seems the police came up with a brilliant idea– they were going to take the kid to the hospital, give him a shot of something to give him an erection, and take a picture of the boy’s erect penis to compare with the photos he sent to his girlfriend. The plan was later dropped, but the suggestion alone is Shiitake-worthy. 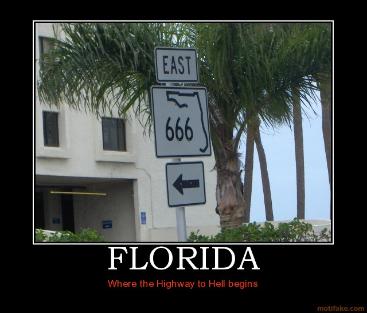 FloriDUH has dominated the worst state category, and with its “scorched earth” policy in place, FloriDUH seems the logical choice to continue its dynasty as ICBS chumps. Aside from the scorched earth policy, Lauren Book, Sheriff Grady Judd’s botched online entrapment stings, and the abundance of Florida reporters and
quotes in this year’s Shiitakes make a strong case for a repeat performance.