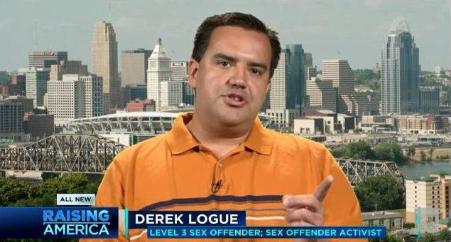 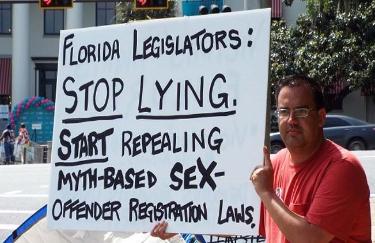 About Derek W. Logue of Once Fallen
(Formerly known by the screen name “The Fallen One”)
(Read more about me in my book Once Fallen)

I have been an activist since 2004, fighting for the rights of registered citizens ( I refuse to use the term “sex offender”). I am also on the registry. In 1999, I made a mistake– I kissed an underage girl. She was somebody I knew, and I knew better. I am what you call a “situational offender.” I was arrested in 2000 and convicted in 2001 (I sat in jail a full year before my conviction.) I served 37 months and was released in April 2003. I never chose to become an activist, but after I spent years in vain laying low, working and paying bills, and bothering no one, I was targeted by local politicians determined to use registrants like me to further their careers. I was forced out of one residence formerly pre-approved by the authorities, and had to fight to keep my second residence. My activism was inspired by my struggle to survive.

I am not against punishment for people who have committed sexual offenses. However, I believe punishment should be coupled with prevention and rehabilitation programs. I have lived under these laws for over a decade, and I have experienced the social ostracism, the denial of housing and employment services, and harassment that is common to those on the registry. My first taste of online activism came in 2004 through a defunct website called “sexcriminals.com.” My fellow activists have helped me through some tough times over the years. Today, I fight to bring wholesale reforms of America’s sex offense laws, including abolishing residency restrictions, the public registry, and community notification, as well as promote programs that emphasize education and prevention of sexual abuse programs. Healing for both victims and offenders should be emphasized.

I created this site to help educate the public as well as assist my fellow activists. In 1999, before my arrest, I earned a Bachelor’s in Justice Studies from Athens State University (in Athens, AL). I bring a decade of practical and research experience on the subject of sex offense laws. Over the years, Once Fallen has become recognized as a leading source of factual information on sex offender laws. Registrants, counselors, lawyers, and even law enforcement officials have utilized the information here. I have made many media appearances to help further the cause.

I was born in Baltimore MD in 1976, but lived in Northwest Alabama for 21 years and in Cincinnati from 2003 until 2019; I now reside in rural Nebraska. I was severely physically and emotionally abused as a child by my stepfather and bullied at school, and later by the state as a foster child. I was abandoned to foster care at age 14 and it took earning a college scholarship to Northwest-Shoals Community College to finally be able to move out on my own at 17 years old. However, unlike the victim cult leaders pushing harsh sex offense laws, I forgave those harmed me in my youth and believe in the power of forgiveness.

In August 2019, I defeated a SLAPP Suit filed against me by Florida State Senator Lauren Book, who attempted — AND FAILED — to silence my activism.

In 2007, I received a partial pardon from the state of Alabama in recognition of my rehabilitation. I have been “free” for over 14 years without a single accusation or suspicion of re-offense. There is hope for redemption, even for those with the label “sex offender.”

Note: I use the term Registered Person/ Citizen or Registrant, not “Sex Offender” or any P words (pervert, predator, or pedophile) because these are FIGHTING WORDS. Do NOT use these words while addressing me. 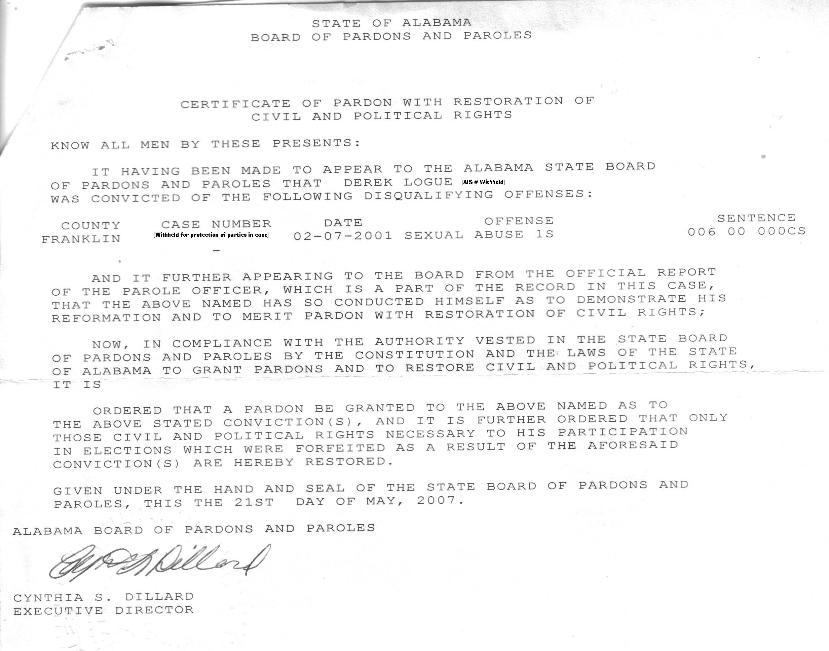